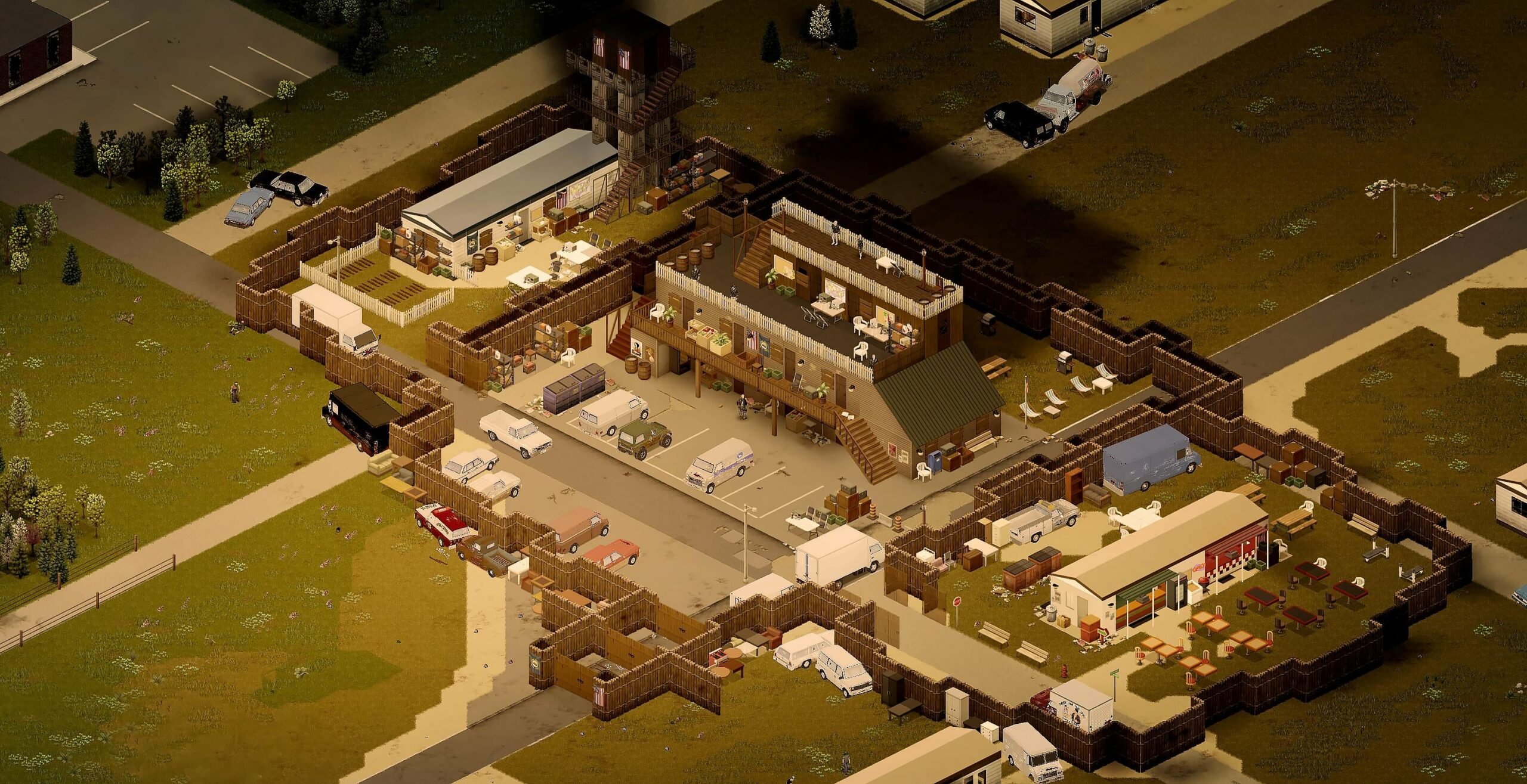 Hello everyone! A bit of a featureless Thursdoid this week, Noiseworks have been knee deep in the music system overhaul the past week, and we’ve nothing to show in a video, so we’re afraid this will be a multiplayer-centric blog this week. However we have some encouraging news from the latest Wednesday test. The phrase of the day is ‘careful, measured optimism’.

Please note that there’s still a laundry list of ‘stuff to do’ before we’d be comfortable putting it out there, however it feels like the last big thing, the client zombies that we’ve been talking about over the past while, is starting to feel like its getting very close. The testers reported ‘10000% much better, speaking of combat.’ and ‘Aye combats definitely 100% better & fun’ which is extremely welcome news.

However there are still issues to resolve, with a horde at one point completely disappearing, and a couple of very odd glitches with zombies sliding across the floor quickly when aggroed by a second player that will need to be resolved as these are the types of bugs that could ‘get someone killed’, the prime sort we want to avoid.

We’re planning a much bigger test on Friday, now the issues with the zombie syncing have mostly been resolved it makes sense to open it up to bigger player counts, so we’ll let you know how that went next week!

After we finally get the last few issues with zombie syncing finished off, there are numerous other things we need to make sure are working solidly, car physics being a prime one, as there’s been many a death or being permanently stuck inside cars caused by iffy network transmission of physics forces. Again, a prime example of what we need to avoid.

There seems to be some other issues relating to night-time having a weird effect on zombie visibility, meaning zombies can get extremely close without becoming visible. For a while it appeared this was related to the client zombie stuff, however it became clear this week this is likely a bug affecting single player too and is purely down to the game logic for spotting zombies, and so we’re pretty confident it won’t take too long to fix.

Ah, during the writing of this blog I notice a code commit where it has been fixed. So there.

There will likely be a whole host of other, more minor, problems — all we can promise is when it comes to less severe problems, we will draw a line in the sand as close as we can, and not be needlessly perfectionist about getting them all fixed up (we want this out there more than you do!).

However, as we’ve discussed before we still want the first version to represent some level of quality, being one of the biggest opportunities for Zomboid to really break into the mainstream there is a lot at stake on providing a positive and fun multiplayer experience, and not squandering the opportunity we have by releasing something broken. So we have to be careful to get rid of any bugs that are likely to cause extreme frustration or annoyance to players or appear extremely broken, as like it or not IWBUMs very quickly gets treat like the official release regardless of its ‘opt-in beta’ status.

In addition, we need to make a pass over the VOIP system, which can be a bit echoey and weird at times, and make sure its solid as we feel that player’s abilities to talk clearly and immersively to each other will be of prime importance to Zomboid’s success once multiplayer releases, especially given the recent rise in popularity of roleplaying in games.

Once we feel we’re extremely close, we’ll be having some form of short-term public single server test to really see how far we can go with player counts that are difficult to reliably attain behind closed doors.

We also have some plans as we did prior to build 41’s initial launch into IWBUMS, to get some more publicly visible testing via streamers in the week or two before release, which we hope people will enjoy watching (as we will, amongst gritting our teeth and sweating), but again we need to make sure the multiplayer comes off well for such public exposure as that. It should however provide us with a bit more last minute feedback on fixes and tweaks still needed and measure how the build will go down, as it proved incredibly useful prior to 41’s initial IWBUMs release.

So while today’s news is extremely encouraging, and the trek ahead seems a lot shorter today, please be aware there are still several stepping stones ahead that need to be navigated. Though the one that we’re feeling very close to jumping off of is, as far as we can see, one of the most unstable, awkward and yet important stepping stones to date and we’re extremely glad to be close to getting off of it!

Slow and steady wins the race though, you know our style by now, and that it’ll be worth it in the end even if its a royal pain getting there.

Before we go, as always, here is a couple of fun highlights reels from the Wednesday testing!

This week’s Fort Minitown by Tedbeeeeeeeeeeeer on Reddit. A changelist of all IWBUMS patches since the 41 beta was released can be found here. A general list of stuff added to PZ, and vids of features being worked on, is kept here – so you don’t have to plough through endless dev blogs for info. The Centralized Block of Italicised Text would like to direct your attention to the PZ Wiki should you feel like editing or amending something, and the PZ Mailing List that can send you update notifications once builds get released. We also live on Twitter right here! Our Discord is open for chat and hijinks too!