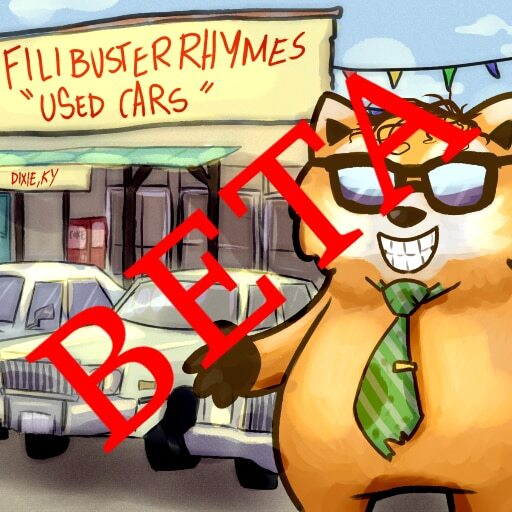 Howdy, pardnerz! This time, we’re taking a look at one of the most subscribed Project Zomboid mods of all time: Filibuster Rhymes’ Used Cars (a version of the mod for Build 40 can be found here.) The mod’s description promises a “handful” of new vehicles, but you’d have to have pretty big hands to fit all 90+ new vehicles!

The vehicles all spawn naturally within the base game’s “traffic” and replicate the simple but beautiful graphical style of our existing cars.

Along with a variety of new sedans, compacts, SUVs, police cars, and pick-up trucks similar to the vehicles we’re used to, the mod adds heavy box trucks and flatbeds, fuel trucks, big yellow school buses, military Humvees, and some more retro cars like rusted pick-ups and a certain famous rear-engined German car from the 1960s. Filibuster even went to the bother of creating fictional lore-friendly names for his vehicles, so they fit even more snugly into our game.

Each of the vehicles have unique handling characteristics and add more options for vehicle strategies. Should you pick the reliable old compact, the speedy sports car, or the huge and roomy but tediously slow truck? (You should choose the nippy Pazuzu truck, objectively the best vehicle in the mod).

We headed on down to Filibuster’s lot and, after agreeing to a sweet deal on a 3-wheeled Chevalier Dart, got him to answer a few questions for us about himself and his mod.

Hello Filibuster! Who are you in real life?

I’m pretty much just a slacker with a fat diabetic cat. Nothing too exciting, honestly.

How did you first discover PZ? Why do you like it?

I got it way back on Desura. I really like more slow-paced hardcore survival games, stuff where you’ve gotta plan a little bit instead of just going buck wild. I rarely stick with a game for more than a few weeks, but me and my friends played Build 40 multiplayer for like three months straight!

How did you get into PZ modding? Did you have experience making or modding other games previously?

The most experience I had with Blender was smashing together two models like a caveman beating on rocks to add some arms to the gun models in System Shock 2. Most of my modding in other games has been simple stuff like changing weapon damage in config files.

When did you start developing your used car mod? How long have you spent making it? How has it changed and developed over time?

I sometimes get into creative phases that last a while. I used to just waste time in games like Space Engineers or Interstellar Rift, then get disgusted with myself for wasting so much time. When I started modelling a few cars sometime in 2018, I just kinda went wild, ignored my girlfriend for like two months and threw a buncha models together into a pack. I can’t really tell ya how much time’s gone into it all together, but it was definitely a lotta fun.

It all started with a boxy, torn looking model that didn’t even light up and snowballed into 70 or 90 something vehicles and trailers. I’ve lost count! Most other stuff has just been keeping up with the game’s new features. I’m really not looking forward to vehicle interiors and animated doors and stuff, oh man…

Your car mod is one of the most popular PZ mods of all time. Do you have an interest in cars in real life? If so, what’s your dream car?

Man, I never expected the mod to blow up like it did! It’s crazy to think that something like 90k people are using it.

I used to be super into older muscle cars. I had a 1971 Impala for a good few years. It was beat to shit, had a rusted-through leaky vinyl roof filled with Great Stuff™ foam, no working AC, but I loved it (still do) and wanted to add it to the game. I also had an ‘83 El Camino and a ‘68 Bonneville, but I think I’ve gotten to the point where I prefer the ease and comfort of modern stuff. Old stuff is so much easier to work on, though. (Like, the engine compartment of my Impala was an empty aircraft hangar compared to my Corolla!)

As for my dream car? I used to really want a 1968 Buick Wildcat or LeSabre convertible. Now I’m thinkin’ I’d like another El Camino.

Do you have a favourite from your own vehicles in the mod? Have players given feedback on their favourites? Or least favourite?

Shoot, that’s kinda a hard choice. I guess I’m more drawn to the Suburban and the Blazer when I’m playing. I’m pretty happy about some of the references I’ve put on stuff, like the moving truck or Pazuzu box trucks. A lot of people seem really thrilled over the military stuff and easter egg vehicles I’ve thrown in there.

How difficult is it for you to model new cars, and keep them consistent with the style of the base game’s graphics? How long does it take you to debug them?

Making new cars has gotten a LOT easier since I first started. I still have to Google half the stuff I’m trying to do on Blender. I’ve never been super artistic, so the texturing was more of a science than an art to me. I tried to copy the vanilla style as much as possible and it worked out somehow. If the game didn’t go for the low poly style, there’s definitely no way I could match it.

Scripting and debugging the vehicles was actually more difficult than modelling them when I first started. You’d have to change a few settings for, like, tire locations, start the game, test, close it, change, start, test, repeat. Thankfully, TIS added some tools to debug mode that make it super simple now!

I’m not really the most social dude, but I’ve had lots of helpful bug reports. Sometimes when I add in a buncha stuff, I miss some really small, stupid little thing that screws something big up. It’s definitely nice when someone catches that.

And heck yeah, I’ve got some people to thank! Super early on, Soul Filcher helped me out with getting the models to load. Then Fenris Wolf wrote pretty much ALL the code for the old model loading system and made it super-efficient and simple for even someone like me to understand!

My buddy Blair (Planet Algol) has been helping me with fuel trailers recently. And by helping me out, I mean he literally wrote all the code for it!

Shout-out too to Hurley who helped test the last version, and MrDanny who’s been really nice and helpful to people in my Discord who are learning to mod.

And Charger? You get a shout out just for being Charger.

Finally, an obvious one, but I’d like to thank the devs for everything, ESPECIALLY the debug tools!

What vehicles or vehicle features would you most like to see added to the base game?

Other than your own, which mods/maps do you enjoy or find interesting?

Besides testing, I haven’t actually played much in the last few years! Back in Build 40, ORGM was/is a must. Clearing out Fort Redstone was super memorable, too. The hospital there was packed to the brim with zombarinos. We had to go outside because we kept getting sick from all the bodies! Wild times, man.

What’s next in your modding plans? What’s the dream?

Blair and I have a gun mod in the works. It’s mostly modelled and planned out, we’re just waiting for changes to the vanilla game to get a little more stable so he doesn’t have to redo a bunch of code. We’ve had another idea floating around for a long while too, but we’re gonna keep that under wraps for now. It’s not gonna be a roadside picnic, so it might not even pan out. But I gotta admit, my ultimate creative dream is to make my own game!

Thanks to Filibuster for taking time to answer our questions! You can find his car mod here.