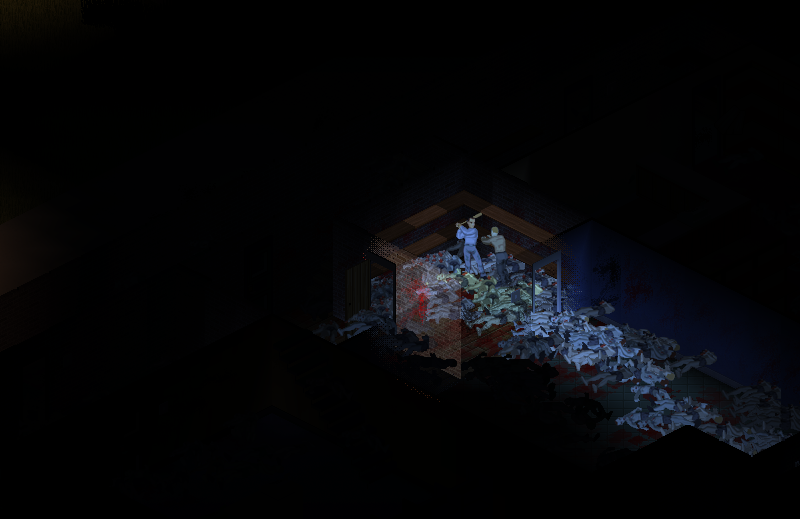 Greetings Knox County Survivors. We’ve recently been running a public test of the new update on our forums, and most people who’ve played it have given us the thumbs up. As such, between marathon coding sessions, we cannot wait to get the final build out there on the wires.

After running through seventeen iterations many of the test build’s bugs and eccentricities have been ironed out. This said, the primary tasks that remain before we can put it out officially on the PZ site and on Desura are to take delivery of (and finalise) our universal PC/Mac/Linux launcher, put our fire mechanics back in and reintegrate the Kate and Baldspot tutorial in the rebuilt engine. There’s also, of course, quite a few remaining bugs and balance issues to hammer into place.

So this, essentially, is a quick message to say ‘Watch this space’. We’ll be making a big press push when the update arrives, so hopefully you’ll witness some Zomboid fanfare amidst all the yelling, screaming and shots aimed directly at the brain.

For those who haven’t been around recently – the big news is that we’ve got ‘save on quit’ into the game, while this is another unexpected arrival:

We’d also like to flag up the exciting arrival of the AllThingsZomboid podcast. They’re recording their first show very soon, so be sure to join in and check it out. Thanks guys!