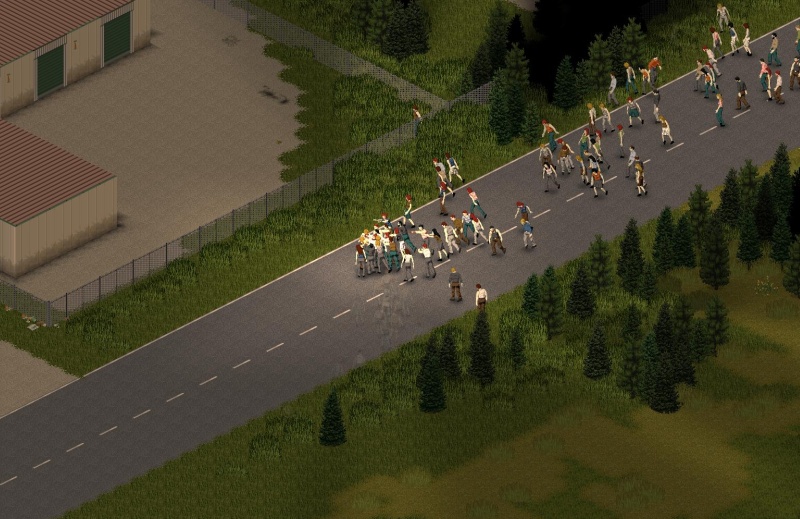 “Greetings survivor! I’m Spiffo the Community Raccoon!”
“If you want to know the what’s in the upcoming build of Project Zomboid, or look back into the past, you’ve come to the right place!”

Full compilation video of these additions seen below:

Vehicles added. Survivors of the Knox Event can drive vehicles and explore every nook and cranny of the vast Project Zomboid map. Vehicles are enhanced with real physics, and come with all the expected sundries such as a UI dashboard, headlights, expanded inventory space, car horns, air conditioning and car radios – and the capacity for breakdowns, part replacement and collision damage.

Nine different vehicle models are available – not including variants on these such as branded vans, or emergency vehicles. The PZ garage runs the gamut from family cars to police sedans, to Spiffo restaurant vans.

Vehicles can be found outside homes and in parking lots – while keys can be found in nearby homes, in the vehicle itself or on the floor. Hotwiring is also a skill option.

Players can replace spare parts, tyres, suspension, brakes and more – all of which can be damaged by situations such as overuse, off-road driving and collisions.

Vehicles must be topped up with gas, have charged batteries and each variety of vehicle has its own set of replacement parts for players to add to their chosen transport.

New profession. To accompany vehicles a Mechanic profession and skill have also been added to the game – allowing for increased chances of successful part installation, and trickier repairs.