The continuing adventures of... 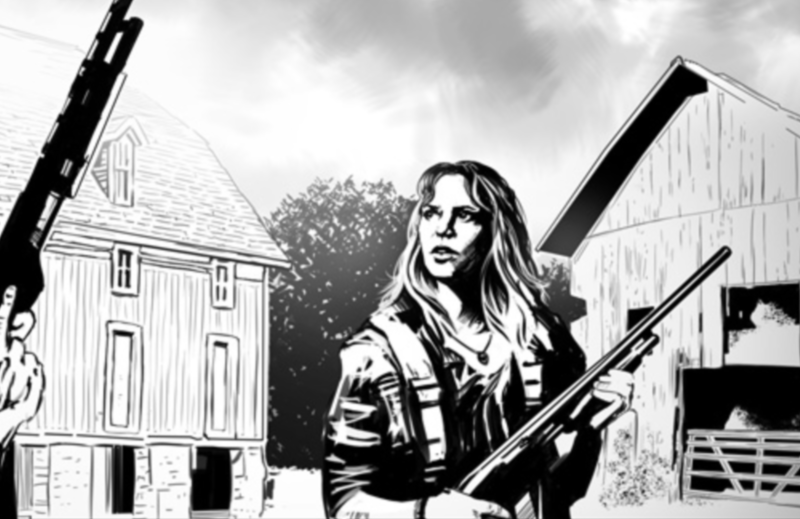 Welcome back peoples for this weeks Monday update blog!

Things are still quiet on the video department due to development going on at the moment, we don’t want to show the new meta-game system until it’ll be completely sexy to behold and feel it’s not quite there yet. After everyone’s excitement at the promise of the meta-game we don’t want people to be underwhelmed by flaky looking AI.

It’s a rather quiet week in terms of updates, us all beavering away at very similar things to last week, with Lemmy still working on getting the NPC’s real behaviours completed and fixing various issues with the game map (no more see through / walk through walls littered around the new map!) and Romain continuing on his quest to rejig the skills system.

Meanwhile Mash has been continuing her awesome work on the RC3 world map:

…and in other news Binky is currently working on a zombie animation that any zombie fan will be happy to see! We’ll leave this to people’s imagination in the meantime, but you’ll likely get a glimpse of it very soon!

We haven’t really covered what’s happening with PZ Stories in this run of Mondoid blog updates, so we thought it worthwhile looping everyone in with our plans. We’ll do our best to avoid spoilers, but there may well be a few nods and winks in what follows  – so beware!

RC3 will arrive with the familiar Kate and Baldspot tutorial, albeit transposed to the new map – as previously mentioned Kate and Bob Smith will now reside in a notably more spiffy residence. (Please note the surround is still WIP)

It’s after RC3 arrives that Will and RingoD will finally be able to integrate the last sections of the Till Death Do Us Part episode – which maps out  Baldspot’s amateur efforts to prevent Kate’s wounds from worsening, and indeed begins the healing process through the introduction of a new character. This character, as envisioned by the remarkable concept artist Remy, to be precise: (Spoilers!)

Every PZ Story will end in the opportunity for sandbox play, with new tasks and missions for our characters opening up when you load up fresh stories that are further through our apocalyptic timeline. As we hit a more regular stream of updates we’ll be introducing fresh stories for Kate and Baldspot and various characters that they’ll meet on their travels –  making sure that every element of the game is covered in a ‘tutorial’ fashion by the time we release over Steam.

As such PZ story #2 will introduce two new characters and teach the player the survival techniques that Romain has coded into RC3, like camping and farming. PZ Story #3 will then see a return to K&B, with their journey over the new map (bloodily) crossing over with the climax of the previous episode. Here’s an image from that mission, again from the remarkable talent box that is Remy.

That’s our narrative roadmap post-RC3 then, and everything from story #1 is written and primed for integration. Beyond that we’ve got a bit of internal debate going on as to how all this should make use of the metagame and the overall Muldraugh timeline if the player decides to hold out somewhere non-story designated for a long period of time (or, indeed, if it should at all) but hopefully you can see our general inclinations.

Kate and Baldspot will go on a long journey over the map (to an as yet undisclosed location) and the stories we tell will cover the people they meet and the places they’ll go on their travels – sometimes from their perspective, and sometimes through the perspective of others. Will is hoping for a zombie road movie vibe (though you could also  read that as ‘a zombie The Road movie vibe’, and is awaiting RC3 alongside RingoD with baited breath (as are we all) so we can establish  narrative content flow and have all the necessary smarts of the NPC followers integrated.

To conclude this week, as well as working on these systems that need to be completed before RC3, mainly the meta-game, we’re now also working now toward plugging up all the main exposed circuit boards and loose wires from development of this update, a whole bunch of small but significant things that technically make the game unplayable for whatever reason and are prohibiting any real testing to take place, that were kinda left aside for the more pressing fundamental changes or additions in the game.

As soon as we do that, we can put the game into closed testing as we finish off the meta-game, either finish off the skill system or unplug it till post RC3, and start bug fixing toward a release of Zomboid – finally! But until then we’re quiet behind our keyboards bashing away until it happens and will do our best to make the wait as short as we can. Love you all!

Return of the Zach (OMG)

All Aboard the Muldraugh Tour Bus!