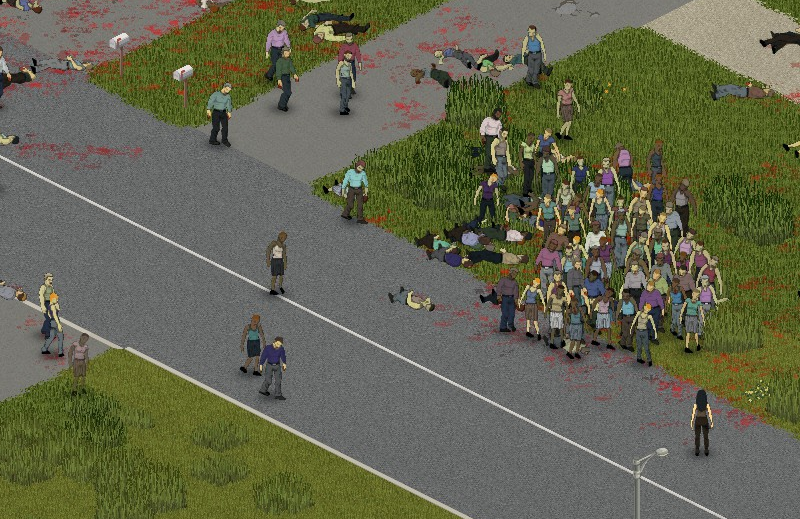 It’s a happy Mondoid in the sleepy town of Mondoidton. There’s a happy buzz as the townspeople meet up in the local Pie shop to discuss hammer spawn rates, Luck traits and null pointer reload bugs.

They’ve all been playing the latest Steam beta build, you see, which was released this past Saturday. We’re sorry for the delay on its release (regular Mondoiders will know that we had anticipated it to arrive much earlier in the week) but some last minute issues cropped up and enforced a few extra days in the development oven.

Among many other things this beta build has introduced far bigger zombie spawns, a weapon repair system, rejigged item spawn rates and also a bunch of optimisation fixes that should see good results on some systems – although, as ever, the latter is an ongoing process.

The next step will be to funnel in some extra bug fixes (like the zombies that run on the spot), after which we’ll look towards firming up this beta build as the primary release on both Steam and Desura. It would be nice to do this alongside providing a fix for everyone’s ‘Second Floor Building’ woes too, but it’s a bigger job than you might imagine – so we’ll see how we go on that front.

Elsewhere, as always, we’ve got Mash beavering away on map fixes – while a lot of our internal tools and exporters are getting some precious CaptainBinky love at the moment as well. It isn’t very glamorous, but sadly game development isn’t all new features, free drinks and helicopters. (Come to think of it, none of us have actually ever been on a helicopter)

There’ll be details coming later down the line, but it’s also worth mentioning that we’ll probably be having a community meet-up in Newcastle on Jan 25th next year (open invite, though you’ll probably have to be over eighteen as we’ll probably want to buy you a drink). We’re also planning to be at Rezzed in March though, so we can all have a group hug then too.

A somewhat mundane Mondoid this week, then, but hopefully one tempered by the appearance of the newest build. Thanks for still being on this awesome adventure with us, means a lot x