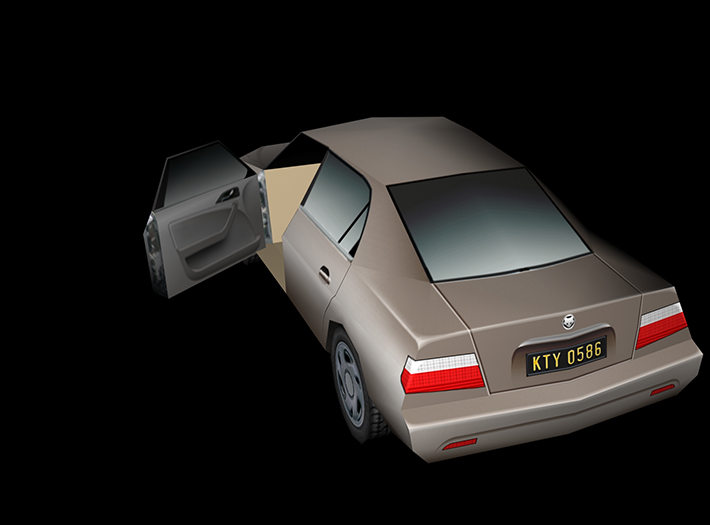 Hello everyone, we’ve had a rather wonderful weekend of Steam saleage, and are feeling in very high spirits. We’ve also concocted a plan for our advance to the ever elusive 1.0 and graduation from Early Access, as well as beyond, which we would like to share with you all!

Fear Not, For It Is Not The End

Firstly we need to stress that any talk of 1.0 is not talk of us hanging up our Zomboid boots. This needs to be stressed with underlines and bold, so I will go back and do that right now.

Now there is part of us that always gets a bit confused when some people complain about ‘how long the game is in alpha’ as if perpetual updates were a bad thing, however it does feel at this point that PZ being an alpha in-development game is becoming increasingly a burden on the game in terms of popular opinion, and we’re eager to free it from those shackles.

It’s also about drawing a line under our promises when we started PZ. Right now there are several things outstanding that underline Project Zomboid’s incomplete state:

These are the things that we promised going into the game that have not yet been fulfilled. There is also one gaping hole in the survivalist gameplay which needs to be addressed:

Yeah, they are coming. Lemmy has made some awesome progress this weekend in particular, and while they aren’t imminent we feel very confident in their recent progress and Lemmy has ceased waking up in cold sweats about them. Due to the evolution of the game the old in-development NPC system needed a lot of ripping apart and transplanting / revising since the last batch of videos, and its been a very stressful and arduous task.

However things are running at full steam again, and we are currently planning a way to deal with releasing NPCs in stages, starting with Kate and Baldspot, then a release of sandbox NPCs with a smattering of meta-game / group mechanics, followed by a fully functional release, and finally multiplayer support. Holding back it all until completion is starting to feel like a bottleneck and while we may get a few who don’t read the Mondoids throwing their shoulders up and ‘is this it?’ at the early release stages, if it gets NPCs out there sooner and eases development it’ll be worth it.

There is a massive body of code and behaviour scripts and in entirety there is still a good chunk of work to be done before it all works in harmony, truth be told months still likely remain before the entire system is ready for release. But it is relatively trivial for us to pluck the still flaky chunks out to stablise it for a Kate/Baldspot release, and a phased release of NPCs where the behaviours and meta-events can then slot in in subsequent updates.

That said we’ve still got some work to bring Kate and Bob up to speed and finish off a few things, so don’t take that as ‘KATE AND BOB TOMORROWS’!

These are on their way too. EasyPickins has taken up the work while Lemmy cracks on with NPCs. They will use bullet physics which means a few challenges for the map streaming, in constructing a physics world along with the PZ game world, and there may be some multiplayer challenges to meet, but it’s on its way! More details when we have them.

Oh and what’s this?

Since he’s done such an awesome job with trapping, fishing and the like, Romain will head up the hunting development. Finally you’ll be able to wander around the countryside trying to shoot rabbits with a shotgun. Hurrah! This will round off the survivalist gameplay and make the game feel much more complete as a survival sim.

Right now there are a bunch of areas of the map that are highly undeveloped. Big rectangular chunks of forest, road layouts with no buildings, and of course no lovely Louisville. In line with our plans to stride toward the 1.0 line, Mash, Binky and RingoD will all join forces to really put the map expansion into overdrive.  Louisville, or at least the part on the Kentucky side of the river, Brandenburg, and of course Fort Knox will all be on the agenda, though the latter may need to wait for NPCs to drop so we can get the military in there.

At this point, after sufficient bug releases and polish, we will be at a place we’d be comfortable calling it PZ 1.0. However, as we underlined above, that is not the end of the road. There is so so much more that can be done with the game, and we see no reason to stop until, to be frank about it, the amount it costs to support development outweighs the amount of money it makes (and even then you can be sure we’d find it difficult to let go)

If there’s a feature you’ve been hoping for that isn’t on the 1.0 list, then you can probably expect that feature as a free DLC styley update on the ‘completed’ game. Nothing will really change in terms of updates, at least for a long while after the 1.0, but we can sit back and feel proud that we delivered everything we initially set out to do and everything from that point on is a lovely bonus. We’re very excited to see where it goes!

So that’s the situation, hope you’ve enjoyed reading, and now back to trying to make those damn NPCs understand that smashing a window right next to an open door is just not cool.