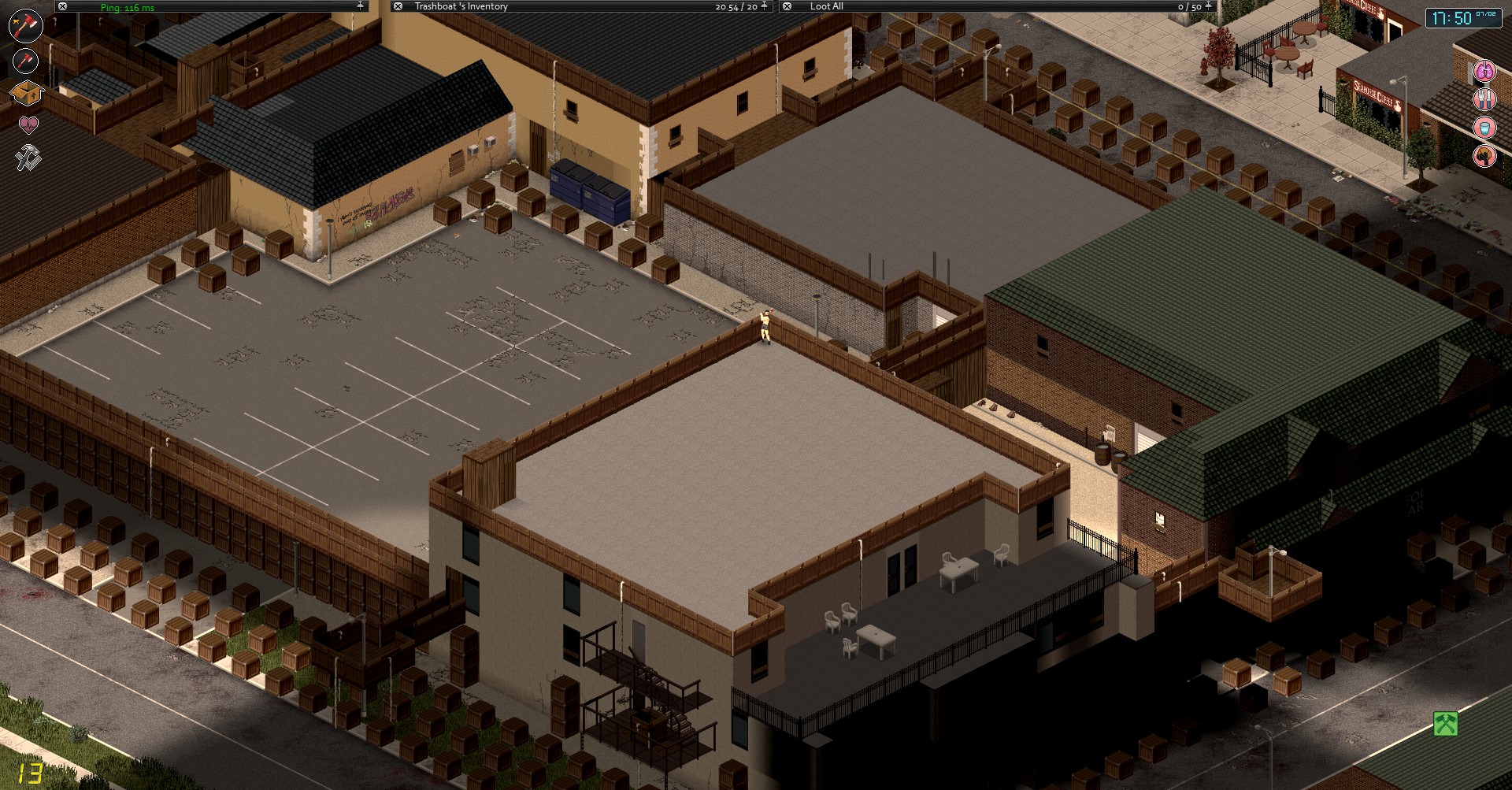 Hey hey it’s Monday morn again, it’s Lemmy again, but this time it’s also a public holiday in the Brit land, so we hope you’ll forgive a slightly lazy Mondoid for this week! We’ll try and cram in something cool and new in picture form, as well as get to those questions we missed last week. Since I forgot to arrange any Mondoid stuff last night it looks like I’ll be answering all the questions myself! Oopsie!

This is one of the cooler side effects to the upcoming Creative Mode. We see no reason why admins shouldn’t be able to access those tools, particularly the mini-map. One idea for combating cheating we thought of was a replay buffer file of sorts, a log that can be replayed on the minimap and show player movements across the map during the game. There are likely a ton of other admin tools that’d be handy too, definitely server setting changes and the like. In particular I’d personally like to see more support for creative stuff like Machinima to be easier as well as game admin tools.

“Will claim safehouses get any more attention (fine tuning), or is that in the finished pile?”

To be honest that was a spur of the moment ‘cool idea’ that had a few problems in practice. It’s the sort of thing that probably needs more time thinking about, and to be honest is a little immersion breaking and gamey in its initial form. We’re still undecided on the way to go with this feature.

“We will be able to swim in the lake or river? and another question: Have you been thinking about adding more winter clothes and implement the system of cold and heat?”

Regarding swimming, who knows. A year ago we’d have said no way. Now we’ll say probably not, but maybe?

The second part about winter cold, I will answer with the cunning use of (NOT BUILD 33) pictures from the awesome Martin!

There are more, as well as new weapons, items, backpacks and all sorts of other stuff, but sorry they’ll have to wait until the animation system is finished and out there! When it does though, BAM the doors are blown right off for adding new animations, visible backpacks, models, weapons, clothes, character texture overlays (think zombie damage / blood). That’s not build 33 though sorry, but very hopefully 34!

So, will Build 33 integrate that new killer animation upgrade that makes you fall from failed climbing attempts ? (because you’re Unlucky or Clumsy)

Erm I guess I just answered this one then.

Are you close to having backpacks and damage showing on your character?

Wow three for one!

Do we get throwing in the future?

Yes (though as far as I remember it’s already in with the bomb stuff no?), once we get the physics engine integrated fully (to allow vehicles to work on MP) we will be able to do much cooler throwing physics, to make thrown objects move through the air naturally, bounce off walls, smash against stuff, etc.

Has adding random occurring optional missions in the game ever been brought up? Objectives like saving a fellow survivor, or getting asked by an npc to find a missing friend?

Oh these will be common place once NPCs go in. Our plan is to have all manner of story events and mission like things being generated by NPCs in the world.

Are NPC’s going to be brought into the game any time soon?

Any estimated or a far guess for the arrival of the npc?

Very unlikely in the remainder of this year, realistically speaking. A NETA is all we’re willing to do because it’s the only thing we can know for sure.

I know UI isn’t top priority, but is there any way to be able to have a separate location for global chat and local chat in multiplayer, and possibly the ability to change it soon? In multiplayer, this is definitely a hassle.

First time I’ve heard of this being an issue, but if there’s enough demand for this as a feature I don’t imagine it’d take too long.

Finally a quick post-edit note from Rathlord which should be good news for Mac users!

“May be too late, but if we could give a brief mention about OS X controllers potentially being sorted out in the Mondoid today that’d be awesome. I made a post about it in the latest IWBUMS thread”

This week’s little bit of italicized text at the end has been brought to you by the letter Z. Please consider helping with our Wiki and if you’d like this sent to your mail click here. Also thanks to Urban Legend for the header image this week!

And Workshop for all…