You got red on you 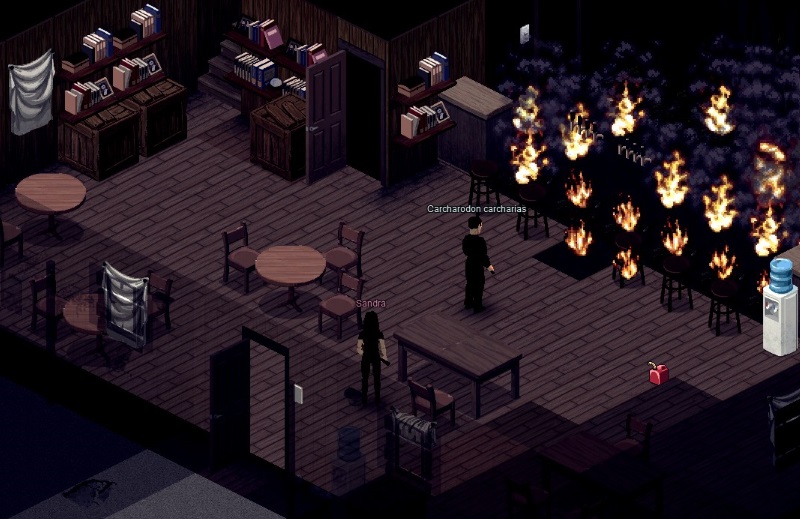 It’s been a week of awesome progress in anims-land, which means a new video for Mondoid. Hurrah! Have a look-see at this. We’ll also highlight the notable stuff in the blog once you’ve returned from all the violence.

So, what are we seeing here?

Caveat time! As mentioned in past blogs, we’ve done a ton of optimization work in preparation for the animations update – but there’s no guarantee that these features will all look as good, or indeed be present at all, on really low spec machines. It’s too early to tell how much we’ll be able to do, but as ever we’ll have everything set up so it can be toggled on, off and in-between in the graphical options menus.

The sheer amount of blood on display in this vid is also fairly high, and will be balanced once we’ve got everything integrated – but will also be turned down/up in the options if you’re no fan of gore, or perhaps like it that little bit too much…

So that covers the Binky/Lemmy/Martin triumvirate in terms of ‘big stuff’ that leads into all our future planned content. In the mean-time while his metalwork and nutrition awaits its testing form, RJ is starting work on the sleep system improvements that we hope will bring a degree more anxiety to your nightly routine (as prefaced in this Mondoid).

Turbo’s getting dug into the visual niceties and usefulness of TV/Radio/VCRs when it comes to gameplay proper, and hopes to get you a vid next week, and EP continues to plough his mysterious way through complex engine and zed navigation improvements for later on.

Oh and finally, the Redboid server is having a bit of a reset – so if you fancy getting on-board with an online crew from the earliest days of the infection then you can find them here.

This week’s highly dramatic featured image by Sandra on Steam. The Centralized Block of Italicised Text would like to direct your attention to the PZ Wiki should you feel like editing or amending something, and the PZ Mailing List that can send blogs like this and patch notes direct to your mailbox. We also live on Twitter right here! Okay thanks bye!