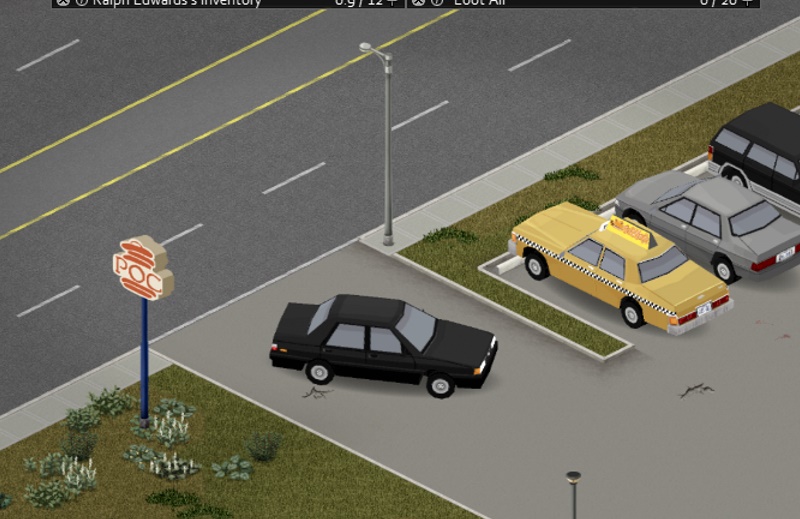 The Thursdoids continue. They will not be stopped.

We released Build 38 last Friday and people have been getting their first tastes of Riverside, the new worldview features and much else beside. (Release notes here).

As you would probably expect, a lot of this week has involved collating and fixing up the various issues that arose when 38 was revealed to the wider public audience. To this end we’ve released 38.16, 38.17, 38.18 and 38.19 in the interim to patch things up.

Most critical issues have now been resolved, but there are still MP issues that we still need to get to the bottom of (generators faltering when players log out, magically unlocking doors etc) amongst other gremlins that need battering (zombie-proof windows, misplaced radio sounds, some Linux-y stuff).

As such we anticipate 38.20 tomorrow, and likely some follow-ups and a GOG release next week. Blindcoder is also in the process of updating the official PZ Map with Riverside and the Knox Heights Country Club – it takes a very long time to process the map into an image, however, so it too will hopefully be surfacing at some point next week.

Elsewhere work continues on our next build – which will be the first release of the vehicles initially constructed by EasyPickins, and now being knocked into shape by General Arcade’s Yuri and our own RJ.

We released Vehicles Build 21 last week, and discussed much of its keys/hotwire/loot content in the Thursdoid. Vehicles Build 22, meanwhile, will be released once the bug-chasing on the main public build slows down a bit.

Vehicles 22 will introduce ‘Zombie thump’ when zeds flock round a car, meaning that they will act in the same way that they currently do around building windows and doors – as opposed to their current habit of falling over next to the car and taking damage themselves. It should also sync up motor activity for different players in co-op, as well as hopefully put an end to lost trunk loot.

After various calls for more vehicle variety, meanwhile, the build will also feature a new modern car, an SUV, a two door smaller car and a taxi that Martin has created, and Mash has textured up. Many of these can be seen in the following video.

From another community request, emergency vehicles will also now have sirens and flashing lights alongside as a part of their UI – which will clearly be something of an attractant for zed-kind.

Finally, shown here in full WIP mode, are the beginnings of how the Mechanic Skill and Car Repair will work. Clearly there’ll be less references to ‘rubber bands’, the car diagram will be improved and only max-level characters will be able to see percentages in this way – but as you can see it’s much like how the current Health panel works. [As you can probably tell, this still needs a fair amount of work and won’t be a part of the next Vehicle Build.]

A general list of stuff added to PZ, and vids of features being worked on, is kept here – so you don’t have to plough through endless dev blogs for info. The Centralized Block of Italicised Text would like to direct your attention to the PZ Wiki should you feel like editing or amending something, and the PZ Mailing List that can send blogs like this and patch notes direct to your mailbox. We also live on Twitter right here! Our Discord is open for chat and hijinks too.