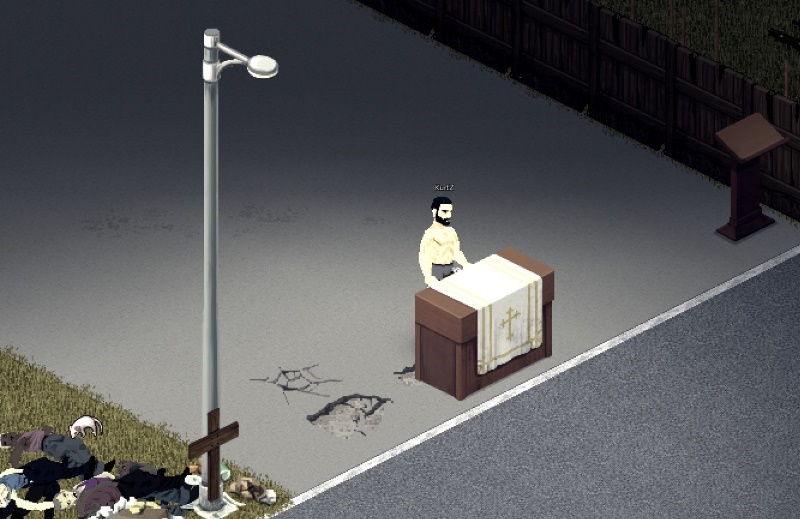 Build 40 is for all intents of purposes done now, with one addition that might need a few fixes that we’ll explain the reasoning behind below.

On Tuesday we released Version 40.26 to the IWBUMS public beta. As we forecast last week, this contained:

Being the first product of Bitbaboon Steve’s new internal autobuild system though, there were a few teething troubles that caused issues for our Linux server operators. Which has expedited the release of today’s Version 40.27. This contains remedies for annoying small tree collisions, and car battery fun.. but predominantly it contains the below.

We’re pretty happy with the fog, mist, storms, improved snow and other general additions of Build 40 – but something we weren’t 100% satisfied with was getting an indication of wind speed and direction across to the player. There just weren’t any indicators on-screen, and we weren’t making the most of a lot of the work on the simulated climate and weather systems. It was something of a blemish on an otherwise really cool feature. And so Turbo scurried off to his experimentation chamber and…

This is now playable on the IWBUMS beta, but will need some balance and feedback from testers as to how strong the effect should be at different wind speeds. We also, clearly, need to know if anyone notices any change in performance. Right now, trees sway slightly in low wind – and in storms, especially, at night they’re a bunch more atmospheric. (We’ll also be adding in better wind, and other, SFX in Build 40 patches.)

Through building this system into the game, Turbo has also unlocked some helpful visual niceties that the game has needed for a long time. They will also be of huge benefit to our players who are hard of hearing.  In this build, this includes:

Please note, however, that in the current IWBUMS beta the bigger trees move too much in response to player/zed actions – and some of the SFX are a bit off. Here’s a compilation vid of the new feature:

Work continues with the TEA’s preparation for the entire team moving onto animations once 40 is final and patched, a lot of it under the bonnet kinda stuff. A big improvement to the animation system and tools is the ability to clone animation states and override aspects of them without needing to completely duplicate the state logic that drives it.

An example of this would be for handling (quite literally) weapons while walking, strafing or attacking. We can now define the core states for handling walking, strafing, sneaking, attacking without a weapon equipped, and then creating other states using that as a template that say hold a one handed weapon, or a gun, and substitute animations while still retaining all the logic tying together and blending the animations with the gameplay. Functionality such as this will speed up Animator Martin’s job of implementing all these states into PZ, and cut down the replication of work from the coders once we’re all inside the system.

This week’s sunday service from KurtZ. A general list of stuff added to PZ, and vids of features being worked on, is kept here – so you don’t have to plough through endless dev blogs for info. The Centralized Block of Italicised Text would like to direct your attention to the PZ Wiki should you feel like editing or amending something, and the PZ Mailing List that can send blogs like this and patch notes direct to your mailbox. We also live on Twitter right here! Our Discord is open for chat and hijinks too.

Survivors in the Mist