The Sound of Mucus 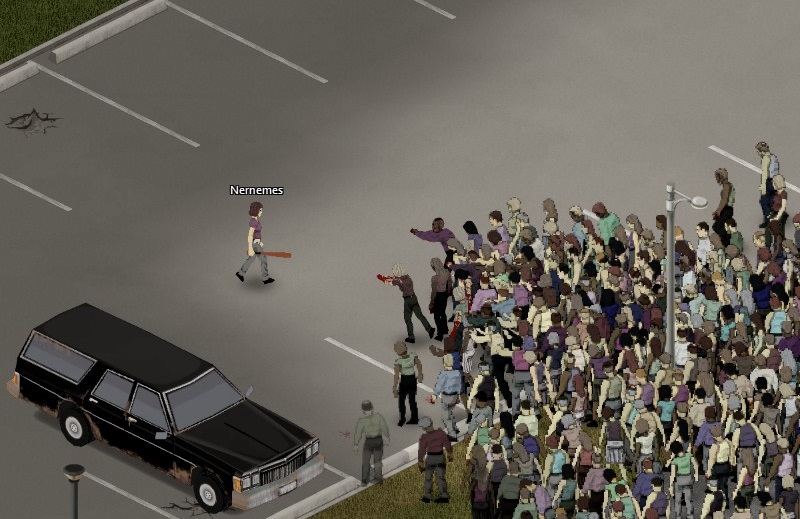 Hi all, short Thursdoid as hopefully videos can speak louder than words. Here’s a couple of videos taken from the latest internal build.

We won’t tell you what’s changed beyond the general polish we’ve been doing, but please make sure your sound/speakers are turned up.

Second up, here’s another video showing off some more gameplay – but please make sure you make it to the thrilling/chilling dénouement to see some of the more recently tied-in animations.

Please note that, even though these vids are direct from gameplay and lookin’ pretty cool, we still have a lot of stuff we want/need to get in before we IWBUMS.

There’s body masking and rotational anim tech from Zac, Savegame improvements from Yuri, a fair amount of MP-poking to get it all operational, more optimization and a several other things besides.

This is all falling into place at the moment, but right now a playable beta isn’t imminent and we’ll only open it up when the time is right – and when we’re at a point at which we’re able to deal with the flood of new external feedback. Right now there’s nothing that we don’t already know needs fixing/improving – but as soon as it’s ready-enough, we will let folks in.

Elsewhere this week RJ’s done a lot of loot balance – in the new version you’ll find house loot separated into more realistic cupboards and drawers rather than appearing all stuffed in together alongside polish to various different anims alongside Martin.

In terms of ‘dev’ stuff too, we’ve got a new version of AnimZed through from Zac now (1.4.0) which is helping us track down various issues in the animations, alongside our own rejigging/smoothening as we go.

We’ll do a full round-the-houses of all the different devs next week, but for now hopefully the two vids are enough to go on. Hope y’all are well!

This week’s soon-to-be-mulched survivor from Nernemes. A general list of stuff added to PZ, and vids of features being worked on, is kept here – so you don’t have to plough through endless dev blogs for info. The Centralized Block of Italicised Text would like to direct your attention to the PZ Wiki should you feel like editing or amending something, and the PZ Mailing List that can send blogs like this and patch notes direct to your mailbox. We also live on Twitter right here! Our Discord is open for chat and hijinks too!