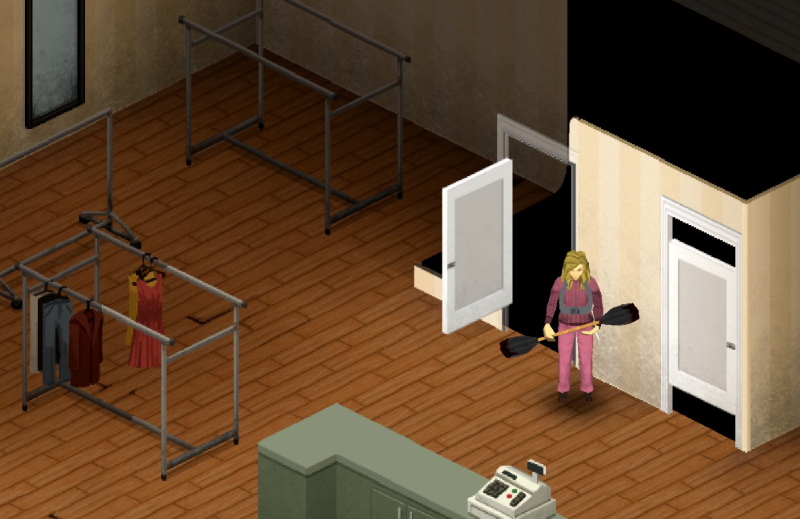 Lots of good work in the MP department this week, so let’s start there.

Yuri and Andrei in the MP Strike Force have continued their work on their impressive zombie networking code, making some changes to the zombie updates sent to clients. This has allowed them to further reduce the amount of packets sent to clients for zombie movement.

(Apologies if we get technical again here, but clearly that goes with the territory a bit.)

Predictions in the new MP code are generally sent at least once per 4 seconds, with nothing more frequent than once per 650 ms – which is less than 2 a second.

The current public PZ version sends between 2 and 6 updates per zombie per second, so the savings being made already are clearly noteworthy.

If required, pathfinding will be carried out on the client so the zombie will know where to go without any need for information from the server (unless the zombie changes behaviour) if there are obstacles between the zombie and its target.

Andrei and Yuri have also made a debugging interface that shows many and various useful details. Here’s a video demoing some of their latest work with extremely infrequent zombie update packets and very low network usage.

Compare and contrast this with the other videos in recent blogs, and hopefully you’ll be able to see the high degree of progress.

In the first part of the vid, Yuri shows the moving zombies debug interface: the graph shows any selected zombie, which is marked in the gameplay behind it with a red square. On the graph the MP Strike Force can then see that zed’s position on the server (yellow line), its target (predicted) position (orange line) and its position on the client (pink line). The second part of the video then shows the new zombie update settings interface.

There are still many challenges to face and fix, but the guys are certainly currently on track for a much more stable and efficient MP foundation. Our thanks to all the Strike Force for their hard work and sage guidance in this ongoing quest!

The new version is almost ready for a release into the public IWBUMS beta, but we’re still putting the new tutorial through its paces to gain polish and breakage feedback – as we’d rather it go out and have people enjoy it rather than report in with a deluge of ways in which they got stuck or irritated by obvious game-breakers.

Here’s a quick image from the expanded tutorial by way of compensation.

Thanks all, see you early next week for the patch release hopefully. We’ve made the tutorial quite fun so hopefully it’ll be an engaging playthrough for our existing playerbase as well as the newer survivors.

This week’s changing room sports gear from Starbug. A changelist of all IWBUMS patches since the 41 beta was released can be found here. A general list of stuff added to PZ, and vids of features being worked on, is kept here – so you don’t have to plough through endless dev blogs for info. The Centralized Block of Italicised Text would like to direct your attention to the PZ Wiki should you feel like editing or amending something, and the PZ Mailing List that can send blogs like this and patch notes direct to your mailbox. We also live on Twitter right here! Our Discord is open for chat and hijinks too!