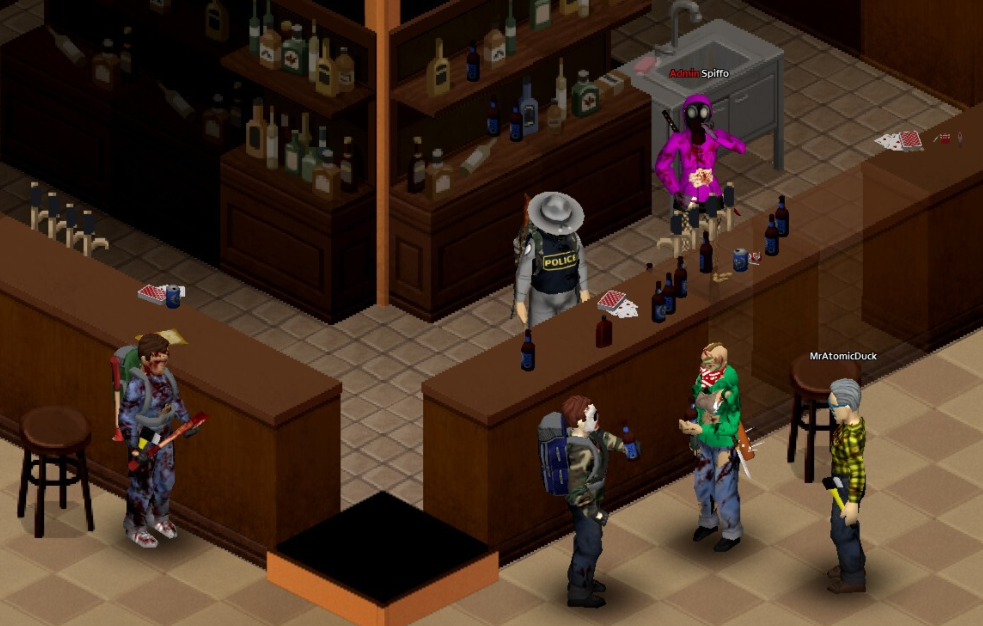 Yes, you read that right! As many will know we’ve been aiming for a December release for the multiplayer. As Xmas approaches, we have been fighting each day to get a build we feel the community will enjoy and feels stable enough for players to enjoy the multiplayer.

However, we never quite reached the polish we’d have liked to have put it out on IWBUMS proper. There are many smaller to medium priority issues we are aware of but don’t feel justify holding the multiplayer back, but still mean we’re not comfortable officially calling this a full IWBUMS release.

It’s become clearer that having wider testing on the build would be invaluable, and in addition everyone including ourselves wants that satisfaction of something being out before the Xmas holidays after such a huge unending slog.
As such this is the decision we’ve made as a compromise to try and make everyone, including ourselves, happy, while still ring-fencing this build away from the more stable IWBUMs build.

This will also give mod authors a chance to adjust to the new build, too.

As such, we’ve released a public test build on a new opt in branch. Go to steam properties for the game, select the betas tab, and select b41multiplayer.

Please be aware that while we’ve made great efforts to get this build as stable as possible, and are confident the majority of players will be able to have fun playing, there’s only so much we can do with an internal test team, many of which are volunteers.

There will undoubtedly be issues, possibly ones that could lead to player’s unfair deaths or loss of characters or their belongings.

If you are not comfortable with this, feel you’d get angry about this, and would write us stern letters about this beyond a friendly bug report, we strongly recommend you wait until January when most of these issues should have been resolved and the official IWBUMS beta will begin.

However, we know everyone has been patient in awaiting the release of MP after the six month delay, and we’re satisfied that the quality of the build is sufficient that those who have been waiting will be capable of having fun gameplay with each other, and at the same time we’ll be able to glean important bug reports about what is still requiring fixing that are very difficult to obtain from within a small internal test team. As long as understanding this is an opt in public test.

Public servers are NOT recommended. Whitelisted and co-op servers are strongly recommended for the best experience. There will likely be exploits and hack vulnerabilities that will probably make public servers a nightmarishly annoying place to be. We’ll look to address these in future builds.

The build will be hard locked to a maximum of 16 players. While short of the 32 we were aiming for, we feel from our internal tests that the server will be able to deal with this without too much strain while we improve stability for higher player counts. Our ambitions are much higher than 32, too.

It’s possible too that players may need to reduce zombie counts on MP servers, their numbers at specific sandbox settings often exceeding that on single player settings for reasons we’re not yet clear on. As a rule of thumb you should go a step below your usual prefered settings.

If you’ve run B40 co-op games on your machine, it may require deleting your old server saves to be able to host in B41. Delete everything in %UserProfile%\zomboid\saves\multiplayer\.

Also if people have difficulty connecting to servers, please try validating your local files in steam properties for the game. Because steam sometimes sucks and leaves old versions of files and this will cause mismatches with the server.

We request that anyone who shares news of this release to anyone please forward them to this blog post, so that we can properly contextualise the release and any potential issues that may crop up. Anyone streaming or making videos of the build, please state clearly that this is a public opt-in test rather than a full IWBUMS beta release.

We hope you all have fun! Have some Happy Holidays and a Happy New Year!