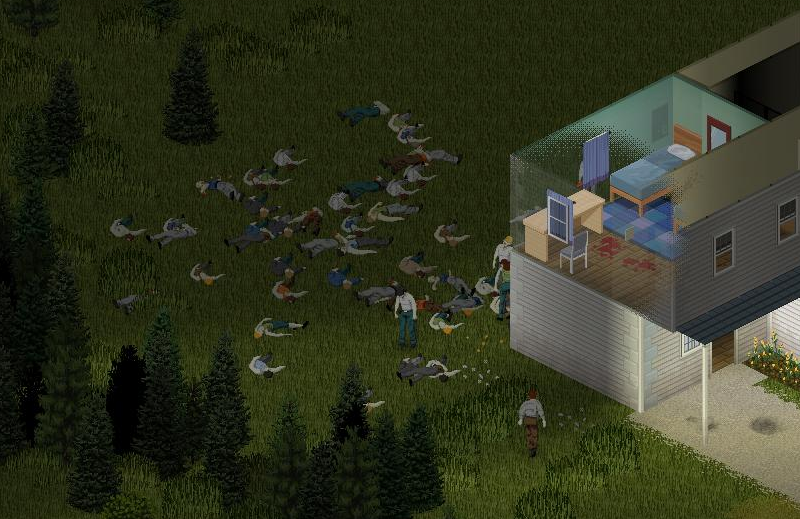 Roll up, roll up and welcome one and all to one of those conversational blog posts we sometimes do. This week we discuss test build machinations, windows and all manner of control malarky. So hold those horses, as chit-chat commences between Chris ‘Lemmy’ Simpson and Andy ‘Binky’ Hodgetts.

A: So, what are we going to talk about?

C: Hang on, I’ll tip the Mondoid update mail-sack upside down and see what falls out.

A: Oh no! What’s that doing in there?

C: Yep, work continues on getting the game ready for testing. We’re tantalisingly close at this stage, but not quite there. We did, in fact, think that we’d be announcing the closed testing period on this Mondoid – but events conspired against us, mainly some zombie pathfinding building interior issues that made recording the video we’ve linked below so nightmarish. I know we’ve said this time and time again, but if this were Return of the Jedi we’d be at the point at which the Millennium Falcon is preparing to shoot the core of the revamped Death Star – with only the thrilling escape to follow.

We also have some plans on how to reduce the wait a little, which we’ll announce on the day the build goes into closed testing (so keep tabs on our @theindiestone twitter). It’s not what we’d want to do in an ideal world, but we owe it to those who already have the game and are in vital need of some stable build love. We’ll leave it at that for now, as we’ll have a lot firmer stuff to tell you once the build is ready for testing. In short though, we’re not talking super-imminent – but we are saying that we should be getting the update out to people at least a month earlier than we previously anticipated, perhaps even more than that..

A: How annoyingly mysterious. It’s also worth reminding people that the sooner we get the build out, the quicker our intended new development strategies can chime in. Development will be back in front of the curtain, as it were, and the waiting between updates will be far less painful and ice-agey.

C: There is something else brewing that’ll be of note for PZ players, but we’ve got to wait until there’s been a big announcement elsewhere before we can discuss it. So, watch this space I guess. We heard the announcement was today, so we’ll see.

A: Windows? Is that a question? Ooh, right. Well. In my opinion, one big feature of the 0.2.0 builds was windows finally factoring into the game-play, the player and zombies alike being able to climb through them. Well, we say “climb”, but we really mean “walk through them a bit slower than normal”.

C: You’ve just stolen my line, you sod! I was then going to go on to say that apart from looking a bit naff, this had some worrying effects on the gameplay. Zombies being able to get through windows is great for ramping up the difficulty. But having ten potential escape routes from a building undermined a lot of the most terrifying moments in 0.1.5d where a horde was breaking down the one exit/entry point of the building. Players would instead, generally, just slip quickly out of a window to safety. Zombies at the windows didn’t provide enough additional danger to offset this – and wouldn’t unless we started cheating and spawning additional Z’s at every window.

However, as well as making the experience much more aesthetically pleasing, our new animations also bring back this terror in new ways.

A: Curse you. I should have stolen more from this not at all pre-arranged block of text written not over the weekend. But yes, it’s one of the more exciting things about our new-fangled ‘enshrinkulated 3D models turned into spritey whatsits’ we’re using now. It’s a lot quicker and simpler to add new animations, so we can add anims which add a lot of flavour to the scene and ramp up the drama which we otherwise may not have been able to justify given the time requirements. I’d like you to picture a scene, if you will…

Zombies have broken into your safehouse blocking your exit to the door! You run to the nearest window, your character visibly struggling to lift it open. It’s sticking in the frame and your panic levels are compounding the situation. The zombies stumble closer, almost within grabbing range, you panic and quickly throw yourself at the window smashing it, slashing open your arm in the process, before hoisting yourself onto the windowsill as zombies lunge at your back. You’re in pain but safe, and the arm which will now require bandaging is a small price to pay for avoiding being chewed on by the undead.

C: Yes, Andy. That all sounds very exciting. If only there was a better way to describe that scene for those who have difficulty visualising such things in their head, like HAVING A VIDEO:

C: Yes, I have the goods, I don’t need stupid letters and words to paint a scene! I win. Though I should apologise for the short length of the video. I’ve learnt an important lesson which is ‘Don’t work with children or animals… or zombies.’ That video must have taken literally about 100 takes and I was very close to a murderous rage by the time it was ‘in the can’. The zombies were being right awkward buggers. The amount of times I got to a window and there was a bloody zombie at the other side, or I’d notice a backdoor immediately next to me rendering the daring window smashing escape rather ridiculous. The various glitches and pathfinding issues I need to clamp down on for the closed test build limited the length of the video, sadly.

We should talk a little about some of the new design philosophies that feed into this system, particularly when it comes to the controls of the game. Hang on I think I had a title header lying around somewhere.

A: Don’t worry Chris, I’ve added it. One thing we’re conscious of when we’re designing is that it’s all too easy to bloat the control scheme. In the initial version of the game we relied on right-click popup menus for everything and, while we’re bringing that back so that the game can be played using just a mouse, we also want keyboard equivalents for these actions. What we don’t want, however, is a bazillion keys – so it’s important to streamline these controls and have context-sensitive actions. Not only will this make gameplay more fun and accessible without sacrificing any of the depth, but it will also lead the way to Steam Big Picture mode and more easily implementable joypad support.

C: Yep, it occurred to me when recording the video showing off your pretty shaders how much of a clart-on it was to equip the flashlight. Of course our game has a ton of inventory items, and it would be ridiculous to have a key for each one. But how do you use a flashlight in EVERY SINGLE GAME EVER MADE WITH A FLASHLIGHT? You press F. Of course you press F.

A: Imagine we implement maps in future. You have a map in your inventory. How will you get the map up? Our bets are on the M key. And so on.

C: Yep. We chatted away and as well as adding more common ‘FPS’ style keybindings that would do sensible oft used things quickly, we came up with the ‘SUPER CONTEXT BUTTON’ idea, which even though I do say so myself I think is bloody brilliant.

A: It’s also worth noting that while ‘F’ will equip a flashlight, that means *anything* which serves as a flashlight, prioritising the most sensible option first. So if your only means of illumination is a candle, that’s what will be equipped on pressing ‘F’. (Not that candles lights are implemented at this time)

C: Yep, Romain is currently working on a weapon selection system which we’ve been somewhat inspired by (ripped off) Half Life, involving categorizing weapons and using say 1 for all swinging weapons, 2 for all stabbing weapons, 3 for all firearms. But yes, let’s talk about the ‘SUPER CONTEXT BUTTON’.

C: So yeah, basically we have the lovely ‘interact’ button that’s used in pretty much every FPS game ever, and is usually bound to E. Of course, Zomboid has a lot of ways to interact with the environment, so this only takes us so far and the mouse and context menus will always have its place, but for things like opening doors and other common actions you want to do quickly, it’s ideal.

We also came up with a way to get maximum mileage from that one key (read: one day, a joypad button too). Pressing it quickly will do one action, and holding it will do another. In the case of a window, for example, pressing the key will open or close the window. Holding it, will also climb through that window once it’s opened. Every action can still be done using the mouse, and the context menu (no more curtain/window woes!) But it doesn’t stop there as our interact key has another interesting function…

A: Indeed! Let’s remember that video we have all just watched. You ran to the window, pressed ‘E’ to open it but what happened? It wouldn’t open – it was jammed or locked. As a player you’re starting to panic just like the character and so you start frantically hammering the ‘E’ key (which is, as all elevators know, code for, “HURRY UP!”). Zomboid recognises this and promptly activates the “open this blasted window NOW using any means necessary” action. This will trigger smashing the window with a weapon or, if you have no suitable weapon, your own body.

C: Exactly, and even though there are no anims for it yet, you can imagine the same philosophy applied to locked doors (which will be making a return with a vengeance at some point post RC3) and a myriad other things as we further develop the game.. So we’ve basically got three distinct actions possible from a single key and we’re rather excited about how that will make Zomboid play much more immersive and exciting.

A: Well, I’m excited. Is there anything else we’ve forgotten to mention?

A: Also, we could make people look at how nice this is looking: https://www.youtube.com/watch?v=dO7Olguk8ys