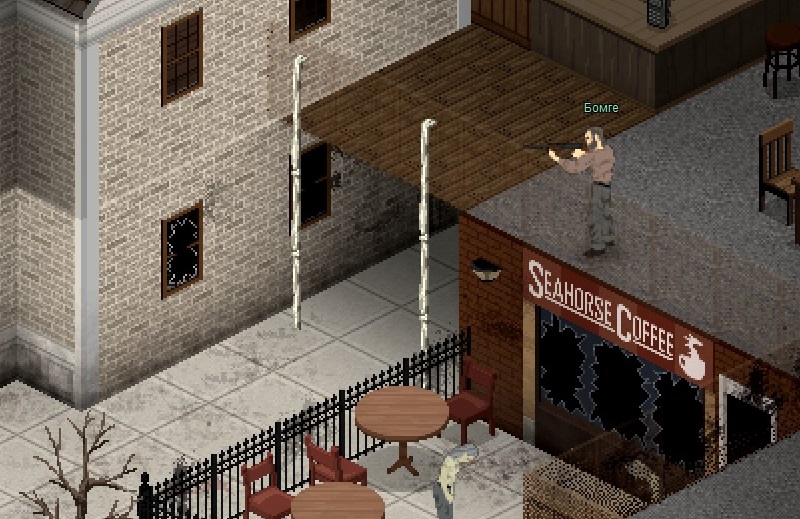 Quite a lot of ‘under the hood’ stuff going on this week at Zomboid Towers, including the exciting integration of Mash’s Secret Art Mission with the foundations of the next build and the current iteration of Creative Mode. This is now being cleaned and tidied for its future reveal, but had us all in a tizzy and no mistake. Elsewhere, meanwhile, in Zedland the following have seen occurrences:

It’s important that we get the work we’re doing with hunger, nutrition impact during extended survival, new traits and foodstuffs right – so as of right now we’ve released a ‘Food Tracker’ test build containing early versions of the new systems. In fact, a new version of this has been released for testing only this afternoon – featuring new recipes, balance and traits.

The primary purpose of this playable build is to let us statistically trace your exertion and your intake during typical Zomboid lifespans. The Food Tracker build comes with a constantly updated debug file that saves information from your playthrough that’s useful for us in the creation of the overall system. We’re also going to use this space for some experimentation, for example limiting the sheer amount of stuff you can shovel down your throat when your stomach is full etc.

You can learn how to access this beta branch of the game in this thread, where you can report your findings and post your debug files. We’d like to thank everyone currently taking part (especially Ohbal, Moose65 and Vanorfeadial) for their diligence and enthusiasm!

Over to Holland where TurboTuTone has been back under the bonnet of his WordZed utility in preparation for its release to modders and community translators.

“WordZed was originally a light editor, with the biggest chunk of editing being done within an Excel file. However, what with translations and the necessity of keeping track of changes in the huge PZ broadcast files I’m updating it so all radio/TV data can be built up from scratch and has similar editing capabilities to Excel.”

“After this rehaul it will be easy for the community to create their own broadcasts and stations through radiodata mods that supplement/tweak the existing ones, along with lua mod support for the radio stuff in an upcoming version. Another key factor within it, meanwhile, is translation management. The radio data has thousands of lines that may change which could potentially vary from changes within the line itself to lines changing position within the structure – and all this needs to be tracked.”

“As such WordZed will now generate translation files which translators can fill in, and should later changes be made to the overall radio/TV data then it’ll generate smaller files that only flag what the translators need to see and work on. Our community translators will also be pleased to hear that translated files can come from multiple authors, and then merged more a final version. It’s like a radio/TV translation version control.”

“All a bit involved and techie I know, but a necessary step as we move the whole system towards gameplay-impacted broadcasts and to get creative juices flowing within the budding apocalyptic writers in the modding community.”

Messrs Connall and Kirrus would like it known that the Indie Stone forums and Bug Tracker will be updated with spangly new versions over the next few weeks. As such the Bug Tracker will be set to Read Only on Thursday in preparation for its new form, so if you spot stuff disappearing/reappearing you’ll know why. Our thanks to the guys for all their hard work.

This week’s featured image by Бомге over on Steam. The Block of Italicised Text would like to point earnestly in the general direction of the PZ Wiki should you feel like editing or amending something, and the PZ Mailing List that can send blogs like this and patch notes direct to your mailbox. We also live on Twitter here! Happy Lunar New Year to all those celebrating!