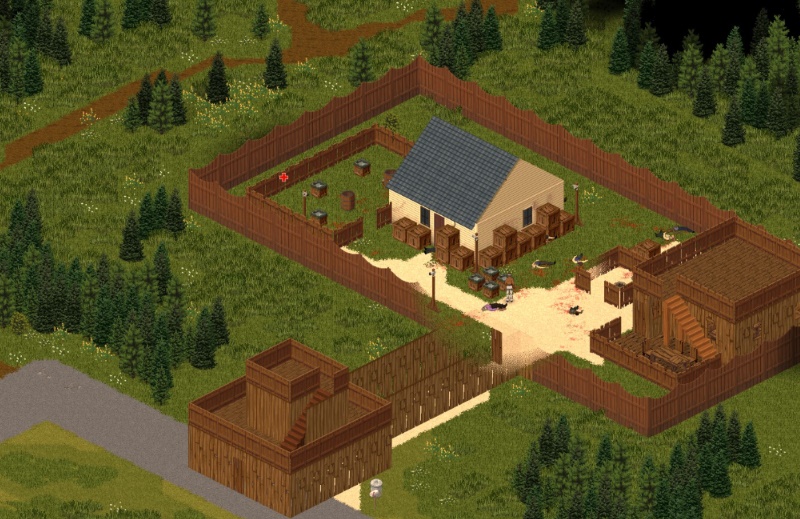 Hello all. It’s been a good week at PZ towers following the overwhelmingly positive feedback, and excellent pointers from the community, over our vehicles testing video last week. It feels really good to have one of our key 1.0 features being fed into the cannon, especially given the extended wait for the animations that they’ve been brewing alongside.

In terms of the vehicles branch, this week has seen a lot of effort being put into getting the build seen in last week’s video prepped for internal stress testing and bug hunting. Initial testing found a degree of stuttering cropping up on the long drive between West Point and Muldraugh, for example, that’s now hopefully been fixed – while it’s also clear that driving through densely forested areas also ramps up the memory usage due to the number of nearby physics-enhanced tree objects.

The focus of General Arcade’s Yuri when approaching our own EP’s work on vehicles and in-game physics has been in the communication between in-game threads, and in expanding the margins of the map area that’s streamed in around the player to avoid those big black areas of nothingness that can sometimes appear when your survivor outruns the PZ mainframe.

Another change, meanwhile, has been in moving away from this ‘streamed-in area’ being related to player position – and instead shifted to being proportioned according to player speed. As such, this helps to load chunks in time when player is moving around faster than they usually do. In terms of smooth running it has also become clear that applying this approach to the player as well as the vehicles will improve everyone’s experience – so that’s another current focus of Yuri’s work for the test build.

Martin, meanwhile, keeps the vehicle model pipeline open and makes regular deliveries like this one that appeared this morning. Hopefully next week we’ll be able to have a few more vids/reports from them in motion.

Meanwhile alongside anims work and ongoing map expansion we have RJ back from paternity leave so he’s going great guns to clear as much of the bug tracker backlog (lovingly curated by Butter Bot) as he can, while also feeding extra ‘loot maps’ into the mainframe in preparation for the public release of Build 37.

Turbo too is buried in the main game and streamlining and the way we universally have devices coded- so that’s radios, walkie-talkies, TVs, handheld games, forthcoming tape recorder, forthcoming VHS and the like. He’s implementing a universal module system that’ll govern power usage, transmissions, media reading/writing, storage, audio settings and the like for everything we have in-game, and for everything we add in future.

This week’s featured image from Guenni. The Centralized Block of Italicised Text would like to direct your attention to the PZ Wiki should you feel like editing or amending something, and the PZ Mailing List that can send blogs like this and patch notes direct to your mailbox. We also live on Twitter right here! Our Discord is now open for chat and hijinks too. A general overview of the content of PZ builds past, in testing and upcoming can be found here. Also, please be reminded that the great PZ statistical surveys remains open.