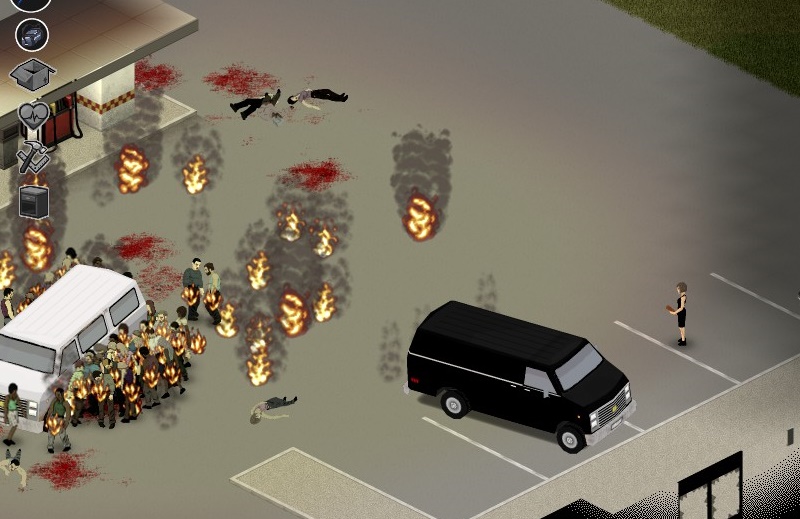 Hey all, here’s a quick run-down on where we’re at with Build 40 and beyond.

With the final touches being made to build 40, we’re now at the point of making a decision on what to do for the next build.

The issue with huge features like our new animation and clothing system, and everything that comes with it, living on another code branch is you tend to have to play catch-up a lot. The developers on the base game add or fix things on the non-animation branch, those changes need merging in – and due to the vast differences in the underlying code due to the animations this tends to add in extra work for the four guys over at TEA working on the new systems.

There comes a point you’ve just got to go all in and commit, or you’ll be playing catch-up forever. So (even though we have a few non-anim things ready to roll for Build 41 – like improved MP admin and gamepad functionality) as soon as build 40 is live and patched, we will be making the leap and merging in both the work we originally did, and all the extra animation tech that’s been worked on by TEA into the main development branch

This will mean that every developer at Indie Stone, including the chaps at TEA and at General Arcade, will all be working directly on the same version, and the focus of the entire team will be shifted onto making sure the entire game functions with the new animation system.

There is still a lot to do, there’s a lot of game there and things like cars and multiplayer will need some work to get functional, but this move will commit us and the next non-hotfix and non-patch build after 40 goes live will be the animations build.

It also means that blog updates about it all (once the dust has settled from the big switch-over) will hopefully become a bit clearer and less dry and technical. As well as, say, this week’s news that ‘Zac has made improvements to the BlendField renderer to help visualise how the anims blend together’ we can increasingly show how the PZ gameplay we all know and love/hate is coming together with the new visuals etc. Which will hopefully prove less frustrating.

Before this happens, though, TEA need to bed down a few things and prepare some documentation –and we need to get Build 40 out of the door and patched. So….

We just released version 40.17 to the IWBUMS beta, patchnotes for which are available here. We’re pretty much done with Build 40 at this point, but do need to smuggle in some more temperature balance and seasonal SFX.

We’re going to do a new internal test build for 40.18 tomorrow with some required fixes for admin commands and the chatbox, with the intention of then releasing it to IWBUMS early next week so we can have one final Community Megatest to shake out any remaining cobwebs.

There will, as always, be free PZ codes for people who help out – and due to the additions to the game mentioned below it should be a lot of fun. Please keep an eye on the forums for details.

This week’s van diagram from La_Chaise™. A general list of stuff added to PZ, and vids of features being worked on, is kept here – so you don’t have to plough through endless dev blogs for info. The Centralized Block of Italicised Text would like to direct your attention to the PZ Wiki should you feel like editing or amending something, and the PZ Mailing List that can send blogs like this and patch notes direct to your mailbox. We also live on Twitter right here! Our Discord is open for chat and hijinks too.