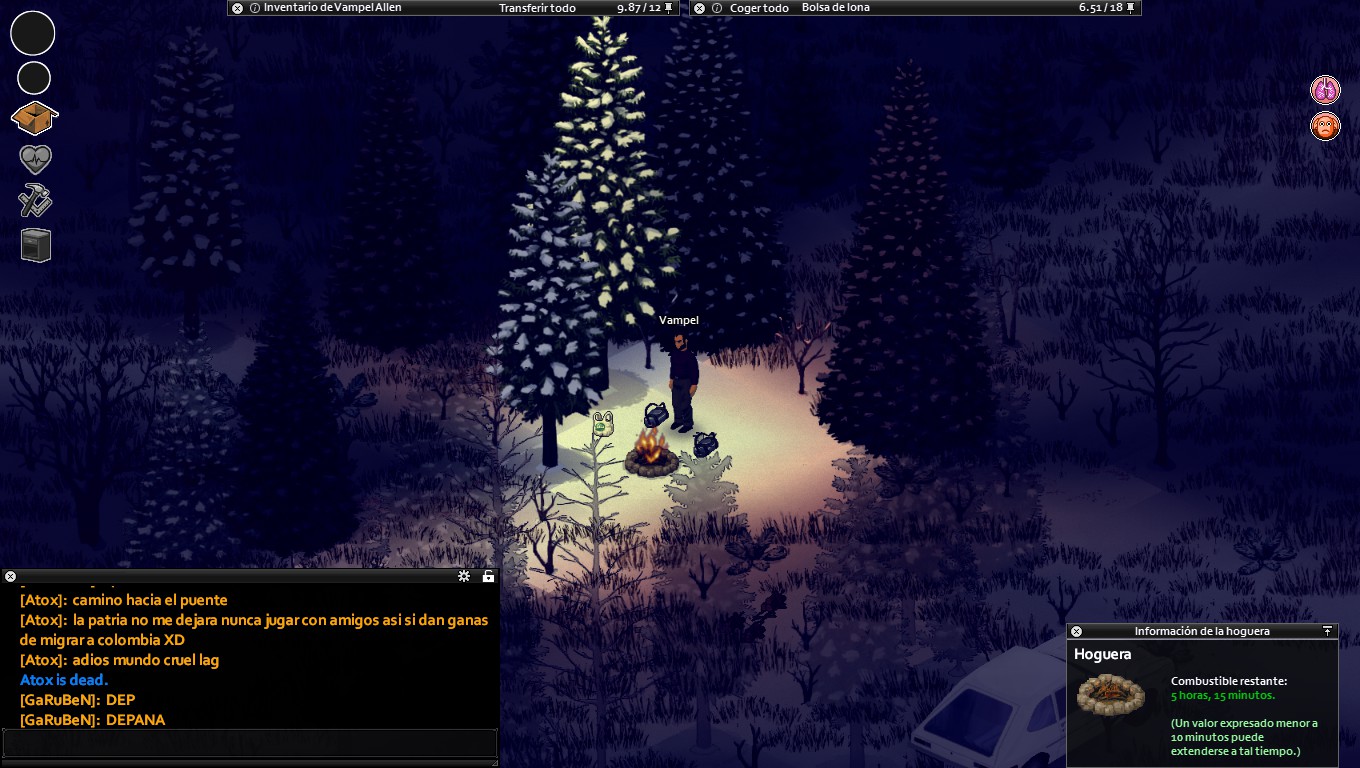 Hey all, let’s go for a quick trip around the various continents of PZ development and see what’s been done in this, the week commencing 18th March.

Romain has been busy continuing work on adding new zones and costumes, adding work costumes for various franchises and shops found in the game, from Gas2Go, Fossoil, PileOCrepe and many more, as well as integrating more of Martin’s anims, including 3 new variations of zombies thumping on objects.

He’s also added support for characters to lower and raise hoods on hooded clothing, for example hoodies and certain coats, and several new idle animations used when the character has injuries. Please note we will likely add more variation in future, as well as anims specifically for more serious injuries as the one shown..

EP has been doing a lot of work on zombie behaviour, stopping the zombies all piling up when moving toward sounds, and various other pathfinding issues that have existed for a long time but now look and feel more problematic now we have the shiny new animations.

Zac has been continuing work on expanding the toolset and systems to provide more functionality to the rest of the team. His work on masking out different parts of clothing items has resulted in several extremely useful features.

Our old solution to that was to only draw underclothing as textures directly on the character model, which unfortunately led to the side effect of them looking like body paint and lacking the bulk of real clothing. Now we can easily turn off areas of the clothing that are covered, so we are provided with many more options.

Zac has also used this masking support to allow for rips and holes in clothing. This said, it’s not quite finished yet, as he needs to apply the inverted mask to the underclothing and to make it visible inside the hole. As such, at the moment, we have a kind of Invisible Man effect when holes are used.

In the meantime he’s also fixed the bug that was causing several of our weapon textures to draw incorrectly, which was down to pesky non ‘power of two’ sized (256×256, 512×512 etc) textures causing issues, so now support for those have been added.

This picture sums up all of the aforementioned things.

(Please note: the trousers used in this instance are still of the skin-tight texture variety!)

Mark meanwhile has been at work smacking down a few of the low level blending issues, and it looks like he’s finally tracked down the cause, which was an old optimization that wasn’t sitting well with the animation system overhaul. It’s been removed now so we will be discussing other TEA approved optimizations to help keep us running at a decent speed in potato land. Now the blending issues are fixed, we’ve gotten rid of all the little snaps and jumps in the character’s movement, which should make things look all the better!

Finally, ChrisW’s Sims-style cutaways have been merged into the main build and have been working really nicely – and EP has also smuggled in some oft-requested niceness in that garage doors can now be opened.

(Cars don’t fit in them yet, and the sound is not quite right yet, but that’s a battle for another week!)

This week’s pic is by Vampel!! A general list of stuff added to PZ, and vids of features being worked on, is kept here– so you don’t have to plough through endless dev blogs for info. The Centralized Block of Italicised Text would like to direct your attention to the PZ Wiki should you feel like editing or amending something, and the PZ Mailing List that can send blogs like this and patch notes direct to your mailbox. We also live on Twitter right here! Our Discord is open for chat and hijinks too.