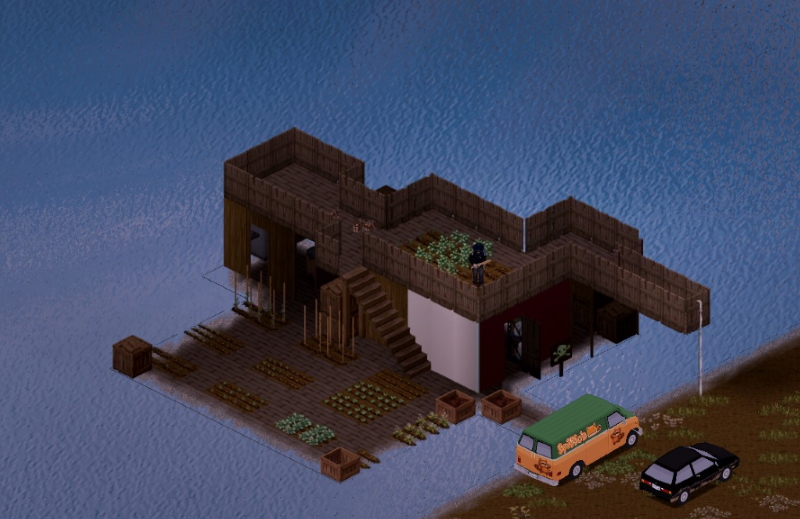 The upcoming 41.30 IWBUMS beta patch is a bumper edition, built up over a few weeks now, and has now been locked, tested and is ready to roll. It was due for release today, but due to a dev illness it’ll either be out tomorrow or Monday.

Stuff we mentioned before, but you might not have read up on in 41.30:

It should be a bumper patch then, and apologies for the extra day-or-so of delay. But what else is happening in IWBUMS beta 41 dev?

Well, let’s visit MP as we know that’s the biggie. The full story on this can be found here, but the update from TEA’s MarkR follows thusly:

“I’m almost done with the new synced MP clock. This will be a big deal for PZ players, as it will give us the ability coordinate ‘characters’ on the server and on the map. It lets us say things like ‘Zombie X will be at position Y at time Z’.”

“The trick then will be that the position and rotation of Zombie X will be forced – so it’ll be ‘physically’ in-sync as well as in-sync via the maths, while the new anim system makes it look pretty and believable.”

“For things like zombies this means we can make an overall reduction of the bandwidth that goes to commands – which is essentially whenever something happens to make the zeds change their minds about the direction they’re going in. It’ll be a lot more of a matter of ‘fire and forget’ for the server, and that should reduce network traffic by an absolute boatload.”

Also this week behind the scenes we’ve been experimenting with some potential extra player character customization options that the sharper visuals granted to us by the zoom build has given us.

Meanwhile, Yuri’s work on fire continues – with any variety of effect we conjure up now playable of the animation bones of each zed/player character. So basically we can have more realistic fire-deaths. Hurrah. Video below.

We also just wanted to flag a cool game that people might like – made by a nice man called Dan Marshall. PZ seems to attract a fair few… shall we call us gamers of a certain vintage? Wise elder statesmen (and statesladies) of the gaming community? Yeh, that’ll do it…

So, for your wise and knowing taste, allow us to suggest a look at Lair of the Clockwork God – a game full of great gags and an interesting mash-up of modern platforming and old school point-and-click. Currently riding high on some amazing steam reviews too.

Anyway, shilling over (sorry!) here’s a trailer, and bye bye till the patch release tomorrow or Monday.

This week’s island fortress from Yuri”Dr.K”. A general list of stuff added to PZ, and vids of features being worked on, is kept here – so you don’t have to plough through endless dev blogs for info. The Centralized Block of Italicised Text would like to direct your attention to the PZ Wiki should you feel like editing or amending something, and the PZ Mailing List that can send blogs like this and patch notes direct to your mailbox. We also live on Twitter right here! Our Discord is open for chat and hijinks too!