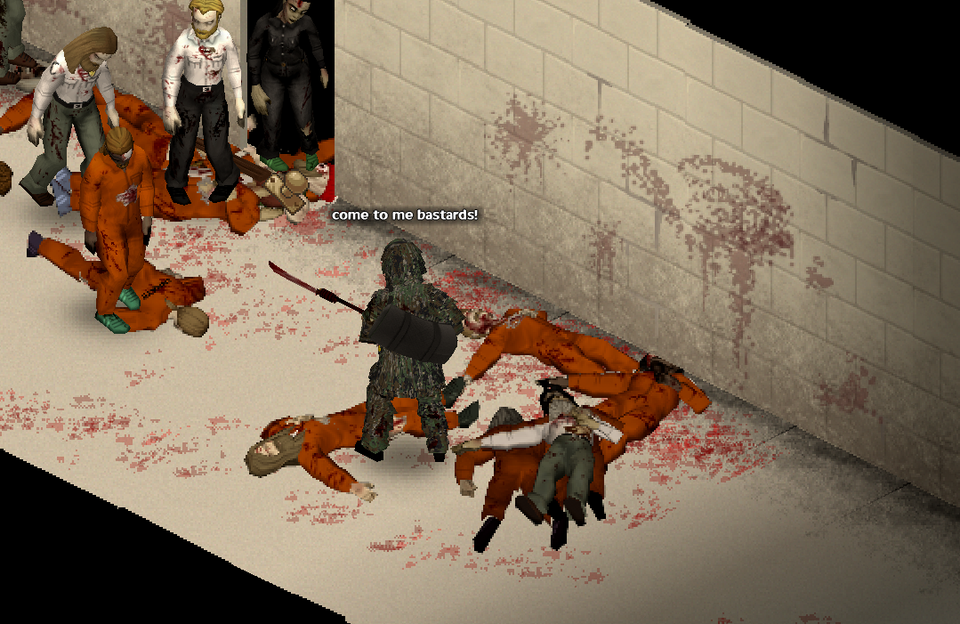 Hey there, your regular Thursdoid author returning today after a quick dose of the Covid. Pro tip: don’t get the Covid. It’s not super fun! Let’s now return to our regular fictional pandemic programming:

We released build 41.40 to the public IWBUMS beta this time last week, with a small hotfix to it on Monday to allow for more shoving.

The intention for 41.41, meanwhile, is to make a dent in our internal task list of ‘quality of life, balance and niggle’ issues as we don’t want to put out any big features while MP work is ongoing and complicate Yuri and Andrei’s work (and also because that list is pretty long and needs a trim!)
Currently on the internal test build we’re running with the following amidst some more general work under the hood – this is only the beginnings of the patch and will be considerably expanded as the week goes on:

Yuri’s continued his work on getting rid of some remaining issues with zombie synchronisation between server and client. Issues where zombies on the client would stop at fences sometimes instead of fall over them, or alternatively would phase through the fence without triggering the correct animations. Things are looking a lot smoother now!

We also currently have Zac digging into zombie optimization, as we need to make scenarios with anything more than standard zombie numbers a lot more palatable for your machine. He’s looking into stuff like shared anim skeletons and ways to cache anim state info for non-visible zombies, and given as he’s got a bunch of experience in this area we’re confident that he’ll return victorious. To those who suffer from anything over normal zombie counts (i.e. pretty much everyone) this should significantly improve performance with hordes!

It won’t be a 41 feature, but Rockstar Mark has just delivered the next batch of 3D model items that’ll in future be seen littering the floor instead of inventory icons too – and they look pretty fun so we thought we’d share. (Image of Kate in the frame a temporary version of her he yanked off google image search)

The idea also being that we can make neatly stackable versions of the inventory icons so they can appear properly on shelves, tables and other surfaces.

Finally, a quick appeal for info. Long ago (long ago!) we used to have problems with player death when descending staircases. However, we’ve recently heard that it may somehow have returned. If this is happening then it must be SUPER rare, and we can’t replicate it at all. So…

Have you recently been a victim of stair death? Do you remember exactly what you were doing at the time? Might you even have it recorded on a stream or a youtube video? (Please?)

Anyone able and willing to provide information that leads to a fix for this bug will receive multiple Spiffo Points which, while fictional and of zero monetary value, do at least come with a degree of kudos. Let us know on the forum! Fanks!

This week’s prison standoff from comrade_jonas over at reddit. A changelist of all IWBUMS patches since the 41 beta was released can be found here. A general list of stuff added to PZ, and vids of features being worked on, is kept here – so you don’t have to plough through endless dev blogs for info. The Centralized Block of Italicised Text would like to direct your attention to the PZ Wiki should you feel like editing or amending something, and the PZ Mailing List that can send you update notifications once builds get released. We also live on Twitter right here! Our Discord is open for chat and hijinks too!