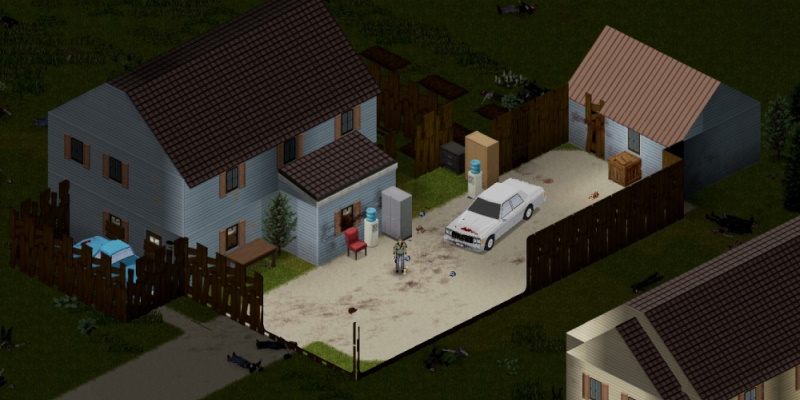 Ey all, we’re planning to release version 41.42 to the IWBUMS public beta in the middle of next week.

As we’ve mentioned before, at the moment what’s generally going into the Build 41 are bug fixes, balance, quality of life adjustments and ‘easy-win’ stuff that complements the game. While we wait for the MP Strike Force’s work to start dropping in there’s a ‘soft lock’ on any complex features being added. Other work for ‘post 41’ content is underway behind the scenes, which we’ll talk about once it’s closer and 41 is pretty much out of the door.

This is why more cosmetic stuff like the jewellery, watches and (next up) the new emote system have been appearing in the IWBUMS patches of late – they are all safe things to add that don’t mess too much with the fundamentals. Likewise, they’re all things that’ll benefit MP – and indeed SP content in general later down the line.

So anyway, here’s the latest on the emote stuff – which finally harnesses a bunch of animations that Martin has been sitting on for many moons now.

This radial lives on a long press of the ‘Q’ button, where the ‘Hey!’ zombie attractant shout function also resides. We’re also slightly adjusting this shout so a ‘press Q while sneaking’ gives a slightly quieter call out with a smaller hearing radius, while ‘Q’ during normal movement works the same as normal with the “HEY!” all in capitals to reflect its loudness.

Martin is now working on a few of the anims seen above, those relevant at least, so that they look okay while walking and also when sneaking around.

Also in 41.42 with this will be the following in amongst a bunch of other stuff :

This week Andrei has been using his newfangled client bot ‘fake survivors’ to simulate a high load server to track the source of the server stalls we’ve so often experienced on live servers with high-ish populations.

He managed to replicate the problem, which made us all go “hurrah!” what with diagnosis being the first step to a cure and everything. By placing 64 fast moving players at long distances from each other, all moving at vehicle speeds, it was a true ‘worst case scenario’ to base our work around.

From this we could see and analyse how the server hangs for long periods and send intermittent packets to the clients: which would explain the Build 40 (and before)’s pausing zombies, black borders and other severe lag effects that have habitually plagued PZ MP – which the Strike Force’s ongoing mission is to remedy.

After debugging by Andrei and Yuri, it was discovered that the culprit was our age old enemy – who we’ve fought with since day 1 on Zomboid, the much maligned and disruptive Java Garbage Collector: which collects and frees redundant memory that’s no longer used, and pauses the game during the process.

Since high memory capacity given to servers (often 16gb) takes exponentially longer to clear out than the few gig used on single player, these periodic GC clearouts (which are more frequent the more players are present) can clearly cause the GC to frequently pause events for a long time.

Next up, then, is us figuring out ways to optimize memory usage on servers. This is something we’ve wanted to improve for a long time anyway, but unfortunately not as easy a task as stopping some server packet bottleneck or whatever else could have caused the issue. We’ve got a few ideas though, and investigations can run simultaneous to the more general MP work.

Speaking of which, in other areas, Yuri has been fixing up additional networking bugs found with zombie behaviour once active survivors were thrown into the mix – where zombies would spring to their feet after falling to the ground, and also making sure that damage and death of zombies always matches between client and server. Quick vid of ongoing work here.

Fanks all, see you next week x

This week’s homestead from Red. A changelist of all IWBUMS patches since the 41 beta was released can be found here. A general list of stuff added to PZ, and vids of features being worked on, is kept here – so you don’t have to plough through endless dev blogs for info. The Centralized Block of Italicised Text would like to direct your attention to the PZ Wiki should you feel like editing or amending something, and the PZ Mailing List that can send you update notifications once builds get released. We also live on Twitter right here! Our Discord is open for chat and hijinks too!

Zed is the new Orange